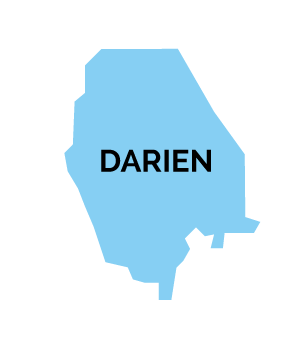 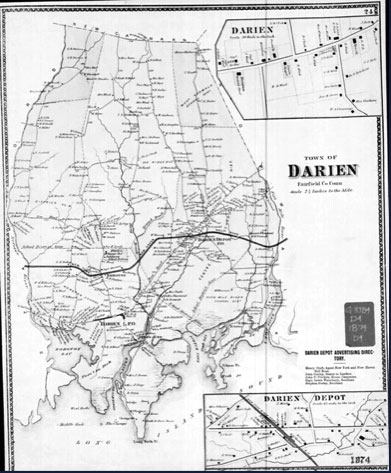 First Congregational Church of Darien, then... 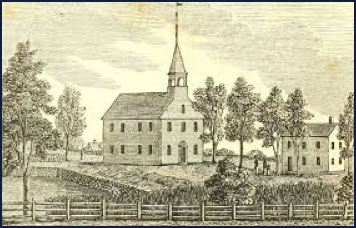 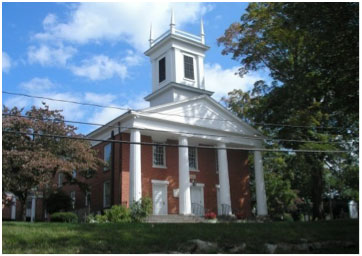 Originally named Middlesex Parish, the Town of Darien was incorporated in 1820 after the Middlesex Society of Stamford built the first community church in 1737 on the site which is now the First Congregational Church of Darien. Pronounced “Dairy ANN" by residents at least as far back as 1913, newcomers often reveal themselves with the more common "DAIRy-yen" pronunciation. The name itself is believed to have been suggested by a resident who had traveled to Darién, Panama.

The town covers 14.8 square miles and consists of the divisions of Noroton, Noroton Heights, and Tokeneke, taken from Native American names for the river dividing Darien from Stamford and one of the local chieftains, respectively.

After an improved Turnpike Road (now the Post Road) was opened in 1807 and was followed by the first rail line in 1848, Darien was transformed from a small rural community of farmers, fisherman and tradespersons, to a bustling community of prosperous businessmen and local merchants, supplying goods and services to travelers and the growing population. After the Civil War, the town and its shores became increasingly popular for prosperous New Yorkers to vacation and build summer homes, and those early commuters became the forerunners of the thousands who live here and make Darien one of the most affluent suburbs of metropolitan New York.

Not surprisingly, as residents remain careful stewards of its architectural and natural heritage, over three quarters of Darien’s residences use heating oil to keep warm and Stamford Home Oil is pleased to be able to serve this historic community.