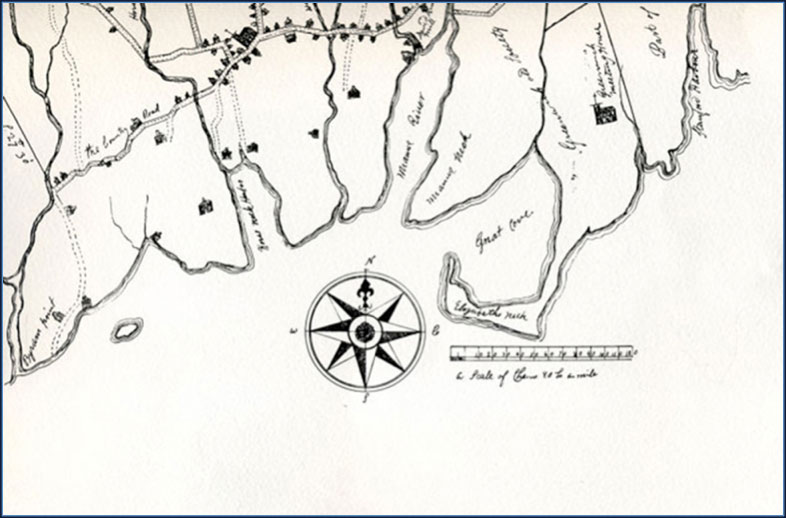 Map of Riverside and old Greenwich in the 1650's 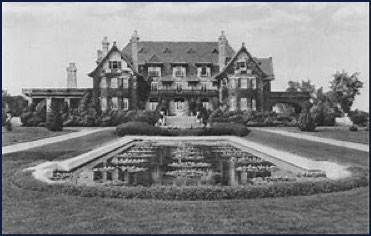 Greenwich CT covers some 48 square miles along CT’s westernmost border to New York. In fact, until 1650, Old Greenwich was actually part of New Netherlands (now New York City) until it became part of New Haven Colony. The town is named after a Royal borough of London in the United Kingdom.

Like most area communities, Greenwich grew through the development and cultivation of farmland and small, local industries. All this changed with the Revolutionary War in which Greenwich served as a garrison to both armies and suffered greatly, but emerged stronger. The introduction of the railroad in 1848 brought many Irish, Italian, German and Polish immigrants as rail workers, stone masons and factory workers in manufacturing industries built along the Byram and Mianus rivers.

As important as industrial development was, it was the growing popularity of Greenwich as a summer resort to successful New Yorkers that precipitated the building of large estates as permanent homes there, attracting “commuters” such as Edmund Converse (banking), Bernard Gimbel (Gimbel’s), Jeremiah Milbank (Borden) and the Rockefeller’s (Standard Oil). In addition to the lavish estates that Greenwich is known for, many other landmarks in Greenwich bear the names of these early magnates of American industry.

Today, Greenwich is home to many hedge funds and other financial service firms as well as a swelling population of newcomers leaving New York City for congenial suburban surroundings. Nearly a third of the 21,000 homes in Greenwich are kept warm with home heating oil, which Stamford Home Oil has been servicing since its inception.