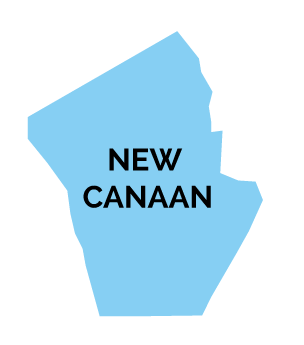 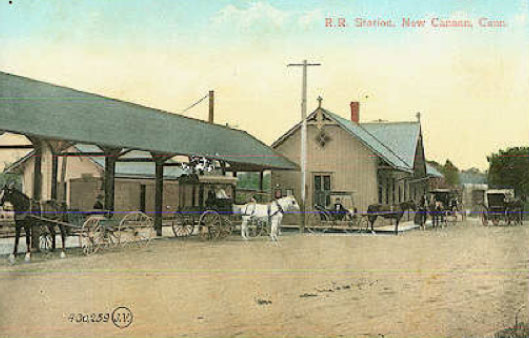 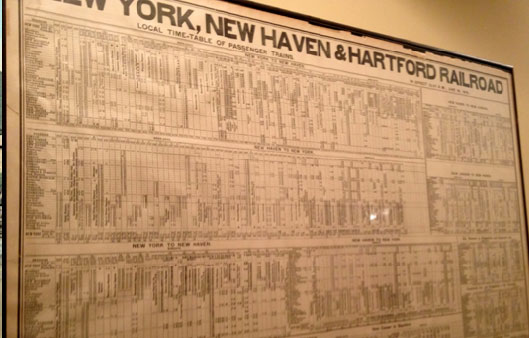 New Canaan was originally established by Connecticut’s colonial legislature as the religious entity of Canaan Parish in 1731, but when it was finally incorporated as a town in 1801, it lacked the iconic main street or central common area with a town hall. Instead, as an agricultural community and then shoe-making center during and after the Revolutionary War, New Canaan had developed into distinct districts like Ponus Ridge, Talmadge Hill and Silvermine with clusters of houses, a mill and a school.

That all changed dramatically with the addition of the rail line in 1868 which prompted the development of the downtown area as it is currently known. Like surrounding communities, New Canaan's quiet, peaceful charm soon attracted New York City's wealthy residents who built magnificent summer homes and, eventually, year-round residences there, including Lewis Lapham, a founder of Texaco, whose entire estate was entrusted to the Town and now comprises the 300-acre Waveny Park.

In addition to its traditional architectural grandeur, New Canaan is also known as a birthplace for modern architectural design after the “Harvard Five”, a group of students and teachers from the Harvard Graduate School of Design, migrated to New Canaan during the late 1940s and began creating some 80 new homes with new materials, open floor plans and a style which helped revolutionize design.

Today, New Canaan remains true to its roots in maintaining the charm that settlers discovered centuries ago. Nearly nine out of ten homes in New Canaan are kept warm with heating oil, and Stamford Home Oil is pleased to serve this unique combination of historic and modern homes.