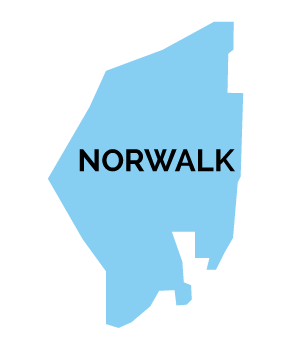 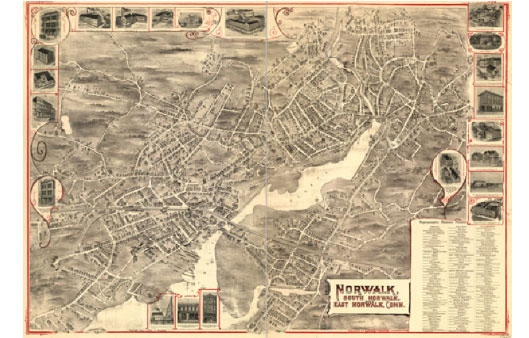 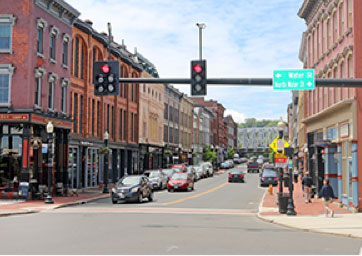 “Norwalk” is derived from the Algonquin word "noyank" meaning "point of land” and it was through purchases from the Norwalke Indians in 1640 and 1641 that the area we know today was formed and incorporated in 1651. Like most of Connecticut’s coastal communities, early settlers were farmers, fishermen, and merchants. Of particular significance is Norwalk’s oyster fishery which peaked in the late 1800's when it boasted the largest steam-powered oyster boat fleet in the world.

Norwalk can also lay claim to contributing to the well-known American song “Yankee Doodle” which was originally penned by a British army surgeon to ridicule a somewhat ragtag regiment of Norwalkers who served in the French and Indian War, which ultimately became a patriotic American folk song. During the American Revolution, Norwalkers watched all but six of their houses destroyed under British raids on several Connecticut towns. Once rebuilt, the town flourished, adding coastal trade, manufacturing and shipbuilding to their farm businesses. Norwalk was reincorporated as a borough in 1836, then reincorporated as a city in 1893 and was consolidated with the town of Norwalk in 1913.

Today Norwalk’s 22.8 square miles is home to some 90,000 residents and is one of the most racially, ethnically and religiously diverse areas in the state. Over half of its 23,000 households use heating oil to supply heat and Stamford Home Oil is happy to serve this dynamic community.